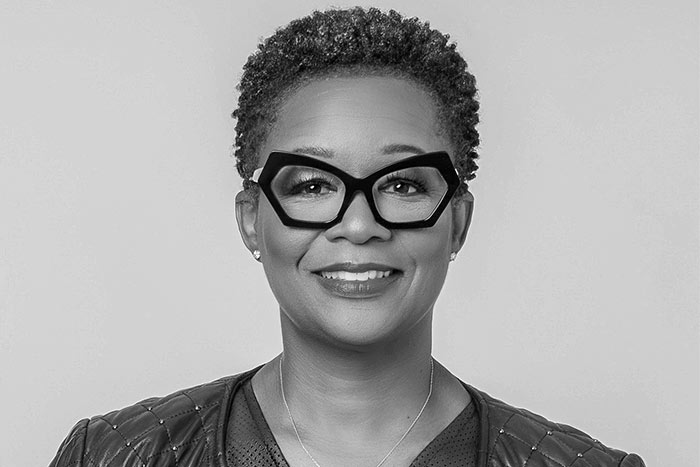 ALEXANDRIA, Va. — The National Society of Black Engineers (NSBE) has announced the selection of veteran technology executive, engineer, and longtime NSBE member Janeen Uzzell as its chief executive officer, a newly created position for the Society. Uzzell will move from her current post as chief operating officer of the Wikimedia Foundation to join NSBE on July 7, 2021, taking responsibility for executing NSBE’s newly refreshed strategic plan, titled “Game Change 2025.” Launched in February, Game Change 2025 seeks to sustain and increase the significant progress NSBE has made during the past five years toward its primary strategic goal: to partner with higher education institutions to graduate 10,000 new Black engineers annually in the U.S. by 2025. The plan builds on NSBE’s longstanding social justice consciousness and activism to transform the organization, STEM and broader society.

“We are truly delighted to have Ms. Uzzell on board with us to direct NSBE’s staff at our World Headquarters and implement the directives of our student-led organization,” said NSBE 2021–22 National Chair Favour Nerrise, a Ph.D. student in electrical engineering at Stanford University. “Her experiences and accomplishments to date, both as a student and as a professional at Wikimedia and GE, clearly mark her as the very best choice for NSBE during this time of transformation for our Society and the world.”

NSBE was founded by six African-American engineering undergraduates and their faculty advisor at Purdue University in 1975 to raise the graduation rate of Black engineering students in the United States. Now an international organization with more than 21,000 members in the

Uzzell holds a Bachelor of Science in mechanical engineering from North Carolina A&T State University and an MBA in international business from Fairleigh Dickinson University. A seasoned leader with more than 20 years of corporate, strategy, business development and start-up experience, she spent 16 years as an executive for GE before joining Wikimedia, the nonprofit organization that supports and hosts Wikipedia, which is among the top 10 most-used websites in the world. During her tenure with GE, she held several technical roles, served as a profit and loss leader, managed a major market customer base and became head of Women in Technology, working across the 300,000-employee community to accelerate the cultural shift to increase the number of women within the company’s technical female workforce. Previously, beginning in 2009, she spent five years as director of healthcare programs for GE Africa, based in Accra, Ghana, the role with the company she now cherishes most.

Uzzell has received numerous awards for her professional accomplishments. Beyond her professional achievements, she is a member of the board of directors for Mercy Ships and dFree, serves on the Engineering Advisory Board for her alma mater, NCA&T, and is a founding member of her former church.

Uzzell is committed to social justice and believes that technology must play a critical next step in the pivotal changes for equity.

“Joining NSBE is an exciting transition for me, one that is very well aligned with my previous work,” said Uzzell. “Throughout my career and most of my life, I have had a passion for providing people with access to critical resources through technology. During my 20 years at GE, that resource was healthcare, specifically in Africa. At Wikimedia, the resource was knowledge and information we shared freely with all. At NSBE, the focus is expanding access to the critical field of engineering to create more Black, STEM-trained problem solvers to address the world’s challenges and empower Black communities. I look forward to collaborating, learning and growing with NSBE’s student leaders and professional staff to reach our strategic goals.”

Despite the progress made since NSBE’s founding, the underrepresentation of Black professionals in engineering remains an intractable problem in the U.S. In 2019, only 4.4% of the nation’s engineering bachelor’s degree candidates were Black or African American.

Nerrise, the national chair, notes that NSBE, like most organizations, has seen setbacks in its progress during the global pandemic, but she cites Uzzell’s many successful experiences as a “people developer and transformational leader” as vital assets for a resurgence.

“I believe 2021–2022 will be the beginning of a new era for NSBE,” Nerrise said, “one that inspires the membership to make the greatest possible impact both on our family and society at large.”

ABOUT NSBE
With more than 700 chapters and more than 21,000 active members in the U.S. and abroad, the National Society of Black Engineers (NSBE) is one of the largest student-governed organizations based in the United States. NSBE, founded in 1975, supports and promotes the aspirations of collegiate and pre-collegiate students and technical professionals in engineering and technology. NSBE’s mission is “to increase the number of culturally responsible Black engineers who excel academically, succeed professionally and positively impact the community.” For more information, visit www.nsbe.org.